The foil is the lightest of the three weapons, it also has the smallest target area with just the torso being valid. This is the weapon that most people start with when they begin fencing.

Foils are a pointed weapon and hits are scored by thrusting the tip of the weapon at the opponent. On electric equipment, this is detected by pressing a button on the end of the sword on to a metalic jacket worn by the other fencer.

The foil has rules regarding right of way, this means that if both fencers hit at the same time, the fencer who began their attack first is the person whose hit is counted. 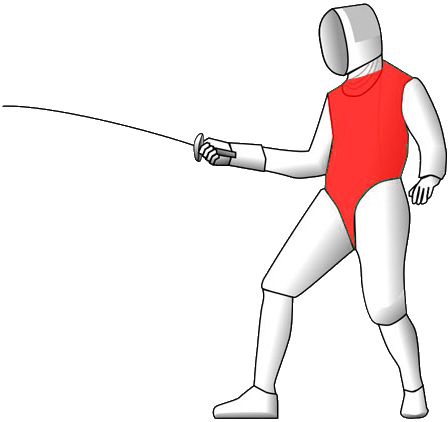